Finnish Beauties
These two kettles from different sales have different histories but both hail from a place Americans primarily associate with saunas: The Republic of Finland. A Nordic country which was, at times, either a part of Sweden or of Russia, Finland has the distinction of having fought against BOTH sides during World War II, keeping its independence from both the Soviet Union and Nazi Germany. Although a member of the United Nations and the European Union, on the world stage Finland is neutral. And it has repeatedly been ranked absolute highest on the annual World Happiness Report, so you could do worse.

The country is sparsely populated (only 5.6 million people) and 75% of the land is forest. There are more than 180,000 lakes. This copper kettle is from Finland’s agrarian past, it was designed for boiling water on wood-burning stoves that heated the farmsteads.

Simply remove one of the inset cast iron plates from your range top and settle the kettle into the round hole. The kettle’s low- set flange rests neatly on the circular edge of the opening, suspending the kettle’s bottom above the open flame – much more efficient than boiling water through a thick layer of cast iron! Very old kettles are often entirely copper but this one is newer and lined with tin. This is because we now know that copper is toxic and repeated uses of unlined copper vessels can result in a poisoning that causes diarrhea, headaches, even kidney failure! If you do have pure copper cooking pots, be careful how often you use them. Age has tarnished this kettle but it could be shined up nicely with commercial brass and copper polish or a mix of lemon juice and salt.

The smaller enameled turquoise kettle was made by Finel in the 1960s. The pattern is called “Lehvä” (twig).

Multiple entities were involved in this kettle’s creation. Founded as a sawmill in Järvenpää in 1834, the Wärtsilä Oyj Abp company converted to an ironworks in 1898. In the 1950s its subsidiary Arabia began making enamel kitchen wares under the trademark Finel. At first they hired foreign designers, but as the Scandinavian design movement took off many fine Finnish designers stepped up. Scandinavian design championed sleek, minimalist functionality and a color palette that might combine bright and dull colors in the same piece. It was the genesis of what we in America now call Midcentury Modern.

This kettle’s shape is by Kaj Gabriel Franck while the decoration is by Harry Molainen. Interior architect and designer Molainen studied at the Aalto University School of Arts and Design in Finland and taught architecture at Washington University in St. Louis in 1968.

Franck was a Swedish-speaking Finn, one of an ethnic minority that makes up less than 6% of the population. Finnish is rare among European languages in that it is not of Indo- European origin and so is very important to Finland’s national identity. Nevertheless, Franck designed for many companies and became artistic director of Arabia ceramics. He was also artistic director for the College of Applied Arts (now Aalto). In 1964 the King of Sweden awarded Franck the Prince Eugen Medal for outstanding artistic achievement, while today Design Forum Finland awards a yearly Kaj Franck Design Prize, so both sides of his heritage are proud to claim him.

Wärtsilä (including Arabia) is now owned by scissors maker Fiskars while Finel makes bath fittings, but we still have this kettle to remind us of the glory days of Scandinavian Design.

Want your own a glorious kettle? Visit QBO!

From a past Queen B sale comes this 1946 calendar, printed over 70 years ago as American servicemen (and women) returned home from World War II. Risqué art has been around forever, but the sexy yet wholesome “Pinup Girl” reached the height of popularity during the war when thousands of eager G.I.s bought calendars to stand in for girlfriends they left behind. Pinups were everywhere that men might be without women – locker rooms, barracks, machine shops, even on the noses of Air Force planes. Some of the ‘girls’ were famous actresses or singers, some were models, and some were fantasies invented by the artists. Their impossibly skin-tight clothes were also something of a fantasy as Spandex had not been invented yet. 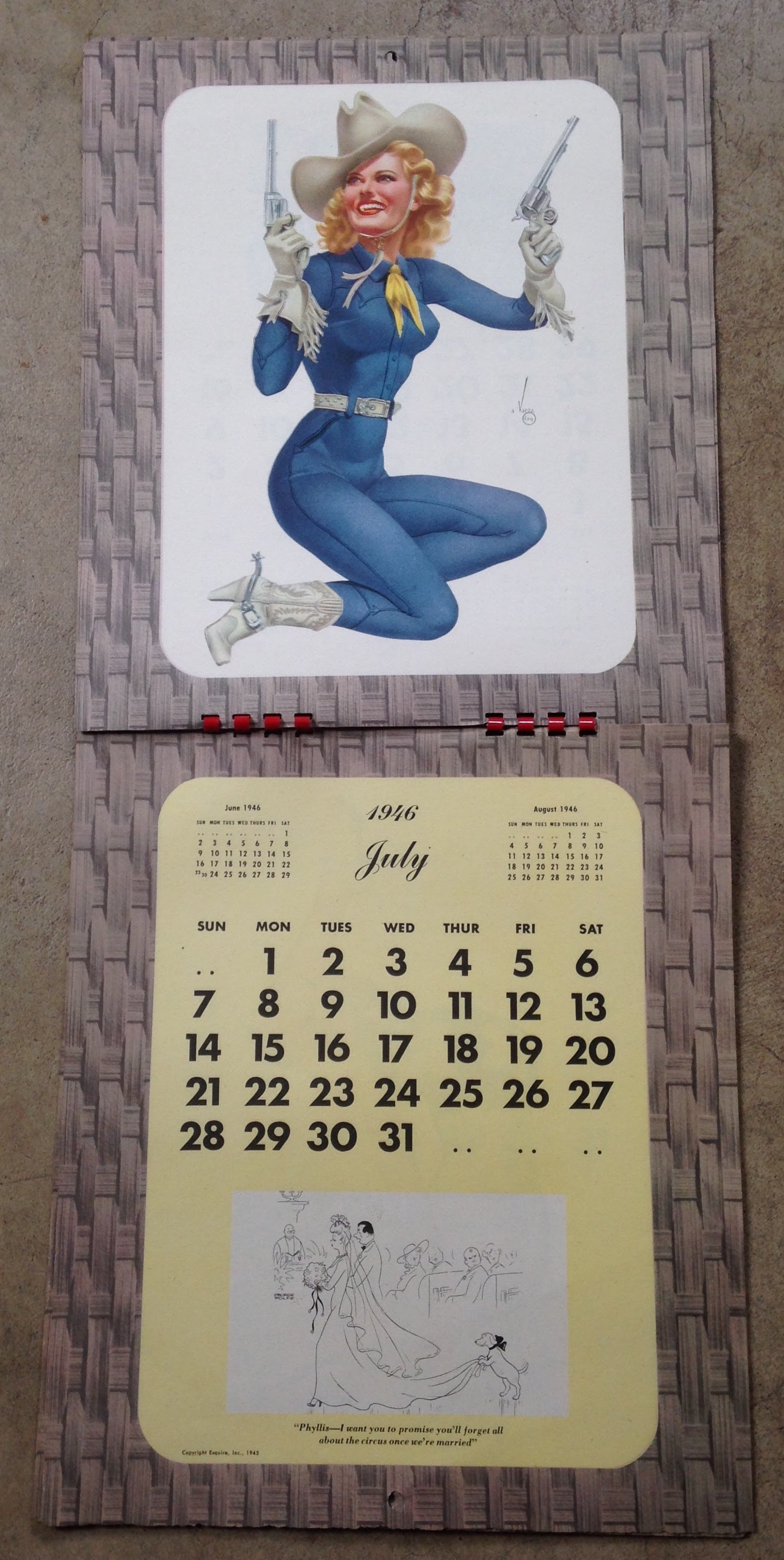 King of the pinup artists was Vargas, or Varga, as he is called on this calendar. Vargas worked in a combination of watercolors and airbrush. His favorite model was his wife Anna Mae, who was also his business manager. This calendar published by men’s magazine Esquire represents Vargas at his finest but behind the scenes he was teetering on the cusp of a career-crippling fallout with one of his most profitable employers. 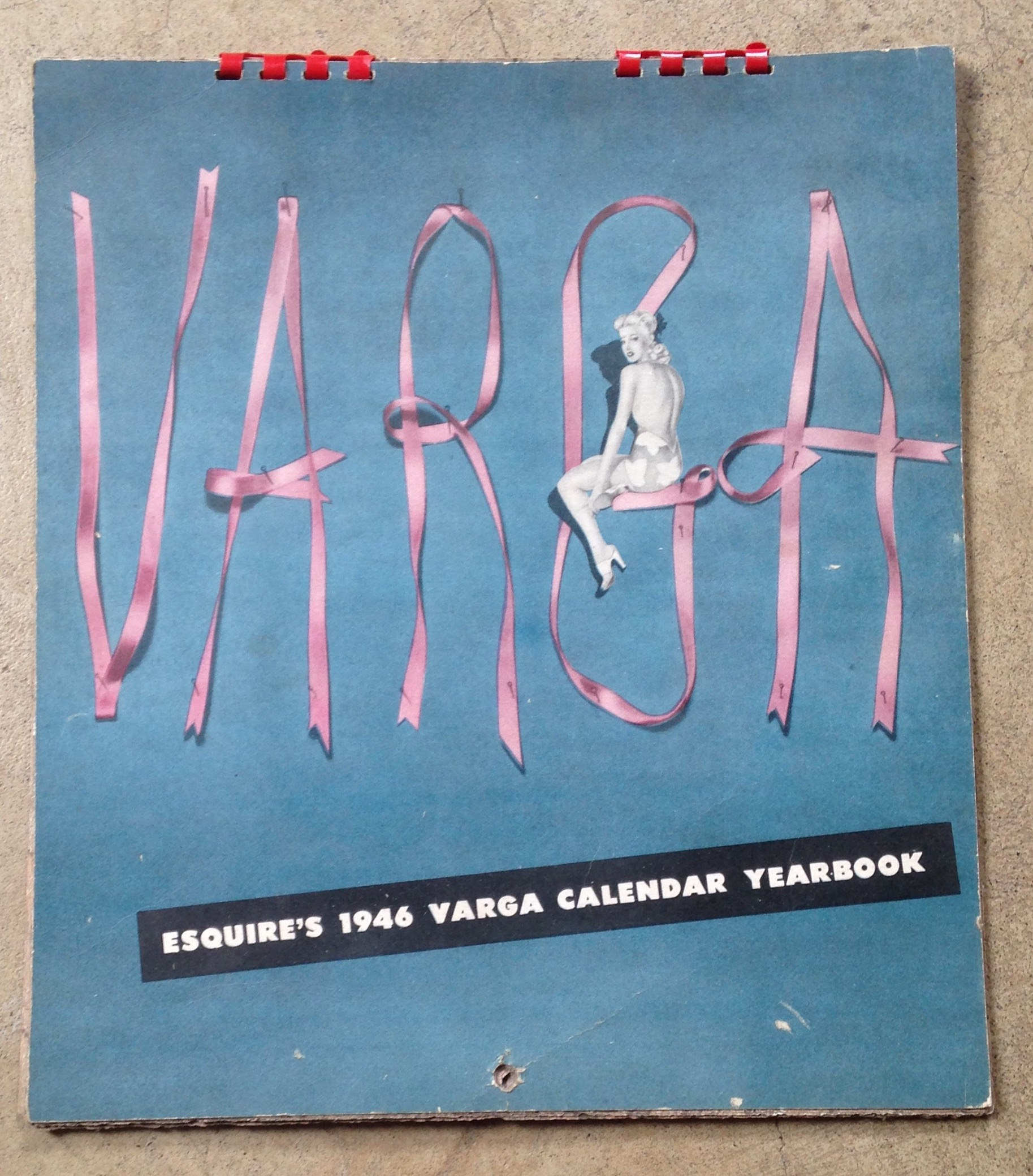 Joaquin Alberto Vargas y Chávez was born in Peru in 1896, son of Peruvian photographer Max T. Vargas. As a young man Alberto went to Europe to study art. There he saw a cover for French magazine ‘La Vie Parisienne’ by Austrian artist Raphael Kirchner, Art Nouveau illustrator and creator of some of the earliest sexy girl pinup art. Mr. Vargas was inspired! In 1916 he moved to the U.S. to work for the Ziegfeld Follies in New York and Hollywood movie studios in California, all bursting with sexy girls. Although it is almost 90 years old, his dramatic 1933 pinup-style poster for ‘The Sin of Nora Moran’ is still admired by some as the greatest movie poster of all time. 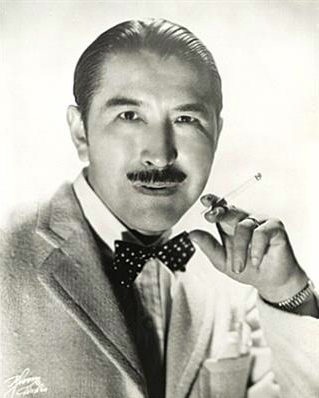 The bane of every parents existence — LEGOs

Of all the toys Queen B sells, the brightly-colored, hard plastic blocks known as Legos are among the most popular. The name ‘LEGO’ is an abbreviation of two Danish words “leg godt”, meaning “play well”. LEGO was founded out of desperation by Danish woodworker Ole Kirk Kristiansen when people stopped buying his furniture during the Great Depression. He managed to sell his mini wood furniture and ladder ‘salesmen’s samples’ as toys, so in 1932 his workshop switched over to just making wooden toys. 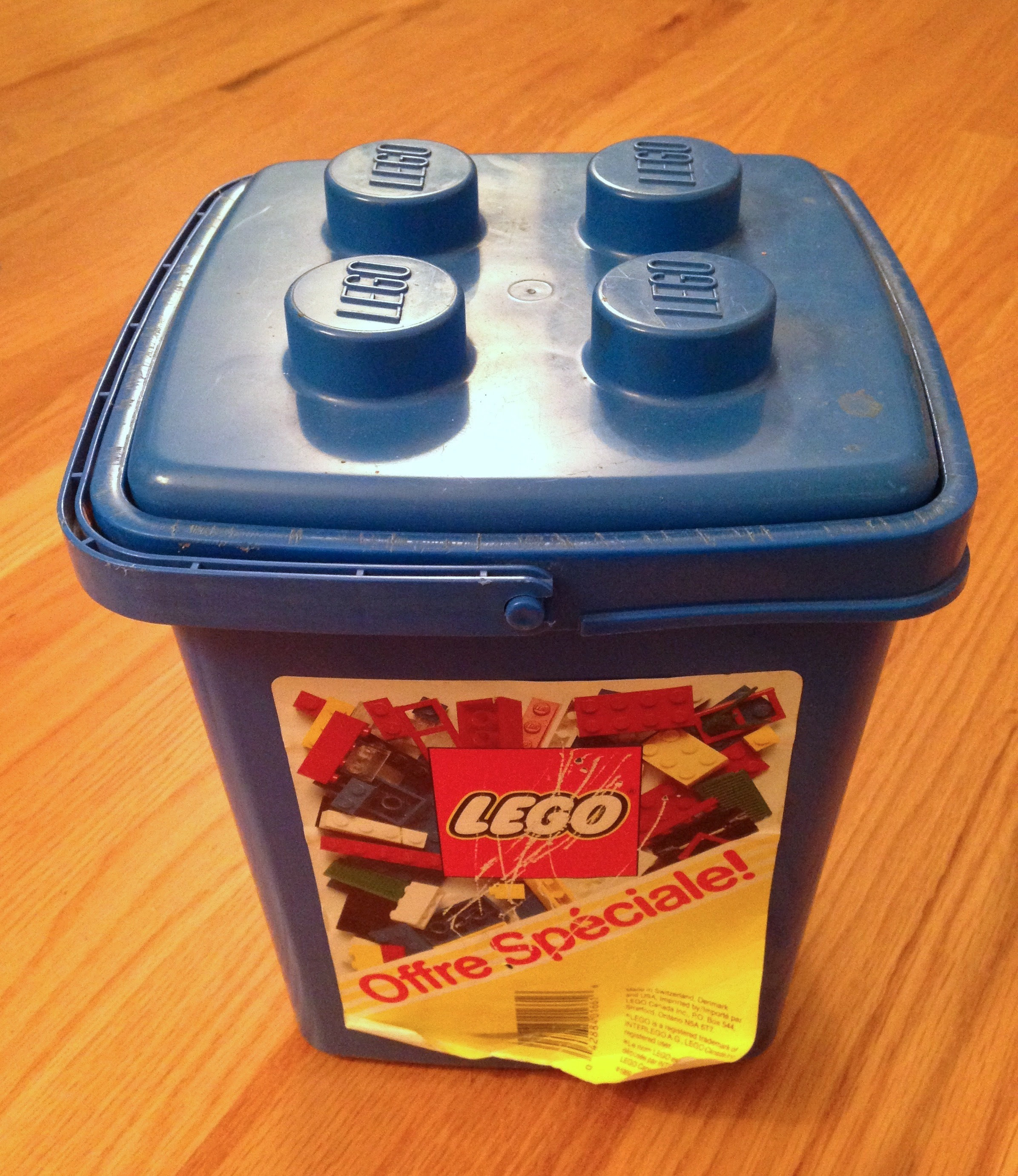 In 1947 the LEGO Group came across samples of “Kiddicraft Self-Locking Building Bricks” designed by Hilary Fisher Page. In what today looks like an act of industrial espionage (or at the least, copyright violation) the Kiddicraft blocks became the prototype for Lego blocks. In 1949 Lego purchased a plastic injection molding machine to make “Automatic Binding Bricks” and in 1953 renamed their toy Lego Mursten, or “Lego Bricks.”

The plastic bricks were not as popular as the wooden toy line was at first, but in 1960 a warehouse fire destroyed most of the company’s inventory of wooden toys and it was decided to focus on plastic. By then the time was right and by the end of that year, the Lego Group was employing more than 450 people. In 1961, Lego licensed Samsonite (maker of plastic luggage) to produce and sell Lego products in the U.S. and Canada. 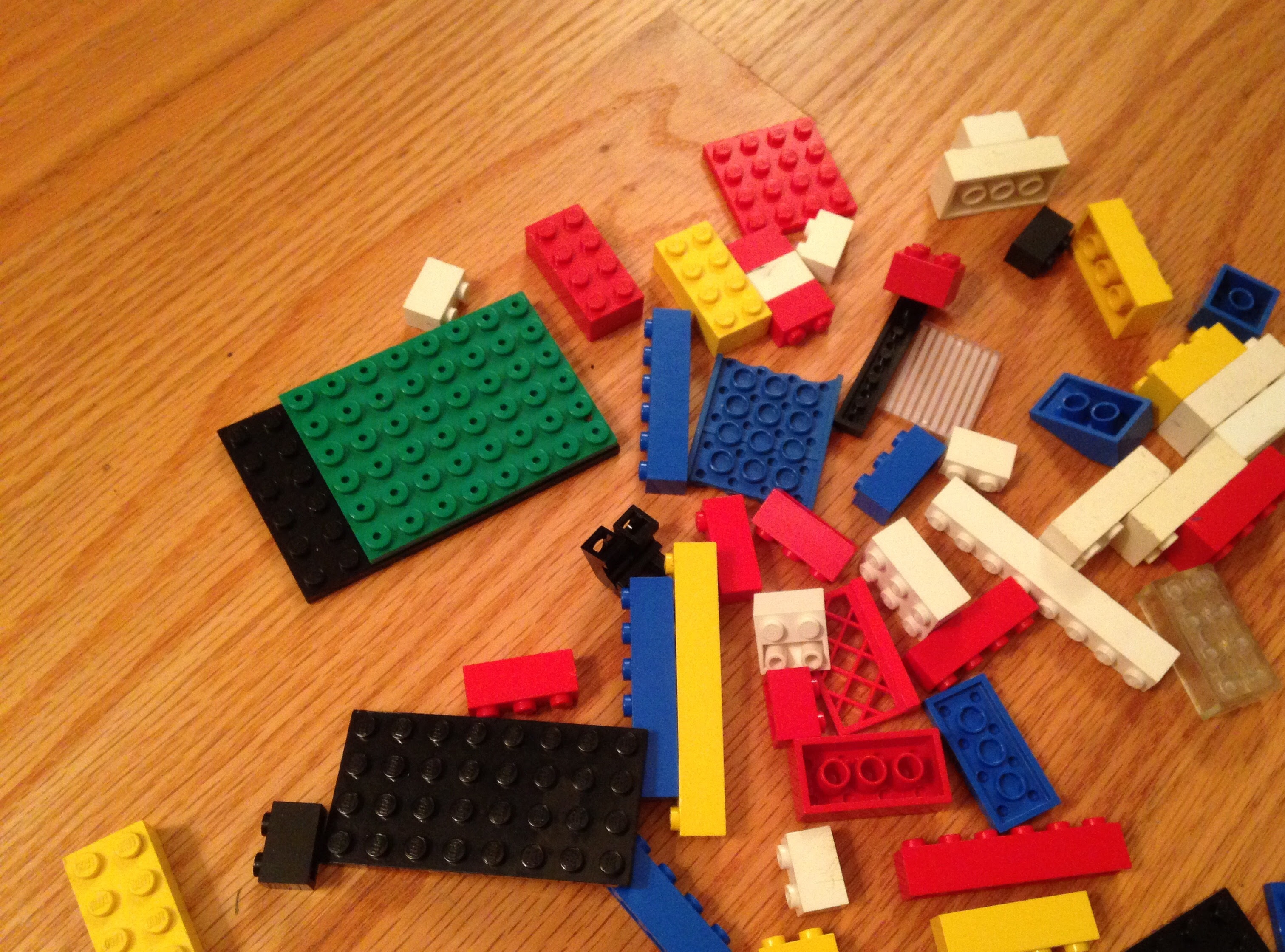 Lego passed from father to son and is now owned by a grandchild. The company marches into the 21st century with a popular line of construction toys, as well as products and services including board games, retail stores, Lego video games, Lego films, Legoland theme parks, and Lego Serious Play consultant services. They are everywhere! 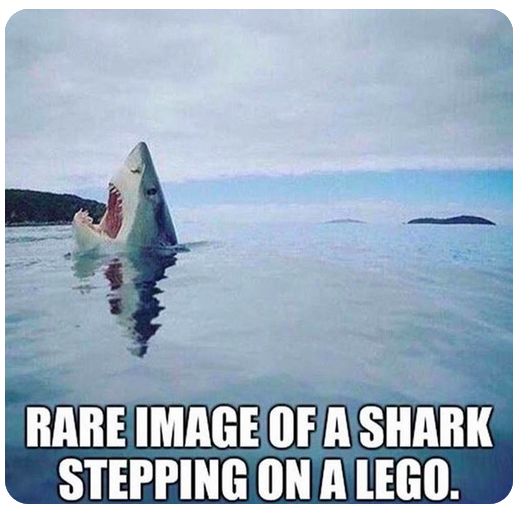